My “Inspirational Story of the Month” goes to…

In lieu of my regular “Brand of the Month”, I’ve decided to feature inspirational individuals who have gone above and beyond to help others during these unprecedented times.
This “Inspiration of the Month” goes to…

Here’s why…
This World War II veteran, promoted to Honorary Colonel by the Queen to mark his 100th birthday today, has captivated the nation after raising more than £30m for the NHS by completing 100 laps of his garden. He smashed his initial modest £1,000 target in just 24 hours.

But it’s more than that. Moore has become something of a national hero here in the UK. You may wonder, how could something so mundane like walking laps around the garden be considered heroic? 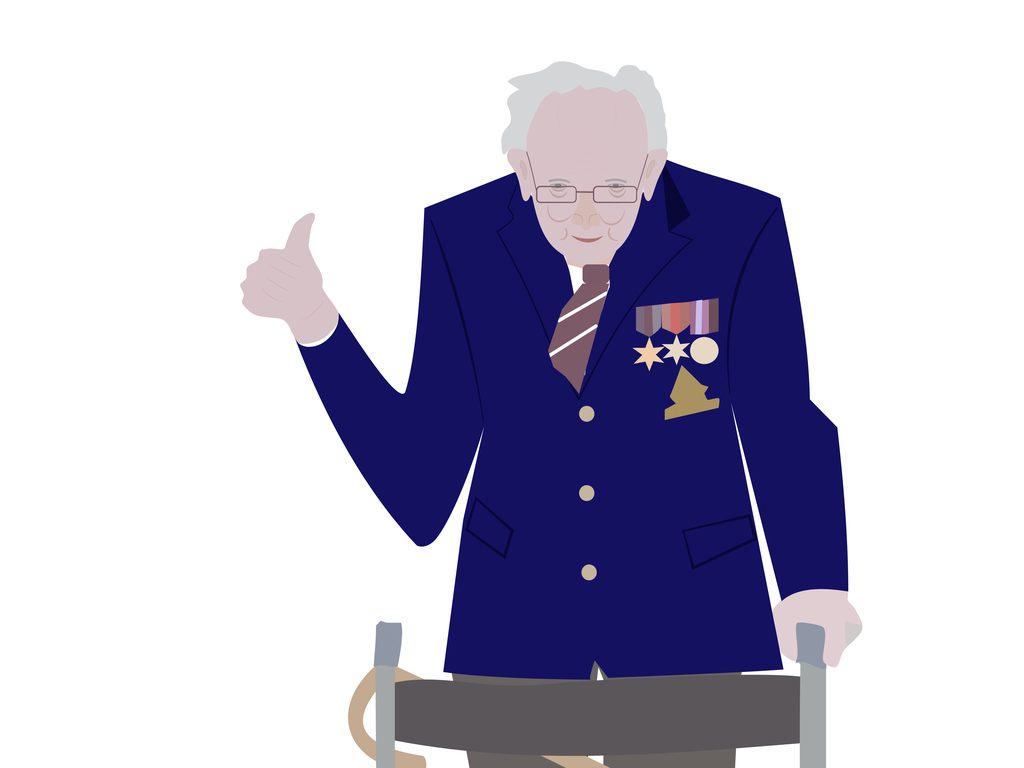 Archetypes, which are often used in branding, are “universal symbols” that may be a character, a theme, or even a setting. The Hero archetype represents the act of overcoming obstacles to achieve specific goals. In mythology, the hero’s objective is often to find a treasure or defeat a villain.

The villain today may be invisible, but a uniformed veteran with three medals on his chest serves as a strong visual cue we can attach to: the good guy taking action. Given our nation’s reverence for both the second world war and the NHS, Moore is indeed well co-branded.

A different kind of hero

In times of crises, we search out heroes. But not all heroes wear capes, as they say. Heroes act courageously, and the meaning of that courageous act is often defined by the spirit of the times. In Moore’s walking, we find an action that would ordinarily be considered mundane reflecting our current limitations. The battleground of the hero has changed.

Given the polarity within politics and the potential for reputational damage over social media, politicians unfortunately don’t make great hero material these days. Moore, however, keeps his politics to himself and doesn’t have a social media history.  Moreover, as the elderly are the most common victims of this invisible villain, it’s fitting that a 100-year-old has become the defiant, heroic face of the pandemic.

Britain is a country in need of inspiration at the moment, and that’s what Moore has provided. His appeal spans generations, and he’s managed to inspire a following more commonly associated with Instagram influencers. He has inspired artistic tributes, from children sending homemade birthday cards to his local post office to street artists creating large scale murals and artists auctioning his portrait for charity.

Moore has inspired others to take the fundraising torch and courageously move past their limitations. Here are just a few remarkable individuals that Moore has personally inspired:

Moore’s birthday today has been marked by a flypast of a Spitfire and Hurricane from the RAF. The Royal Mail are also stamping all letters with a special message: “Happy 100th Birthday Captain Thomas Moore NHS fundraising hero 30th April 2020.” Downing Street has also suggested it will recognise his “heroic efforts” with an honour.

It certainly sounds like our Colonel Tom is well on his way to becoming a National Treasure. 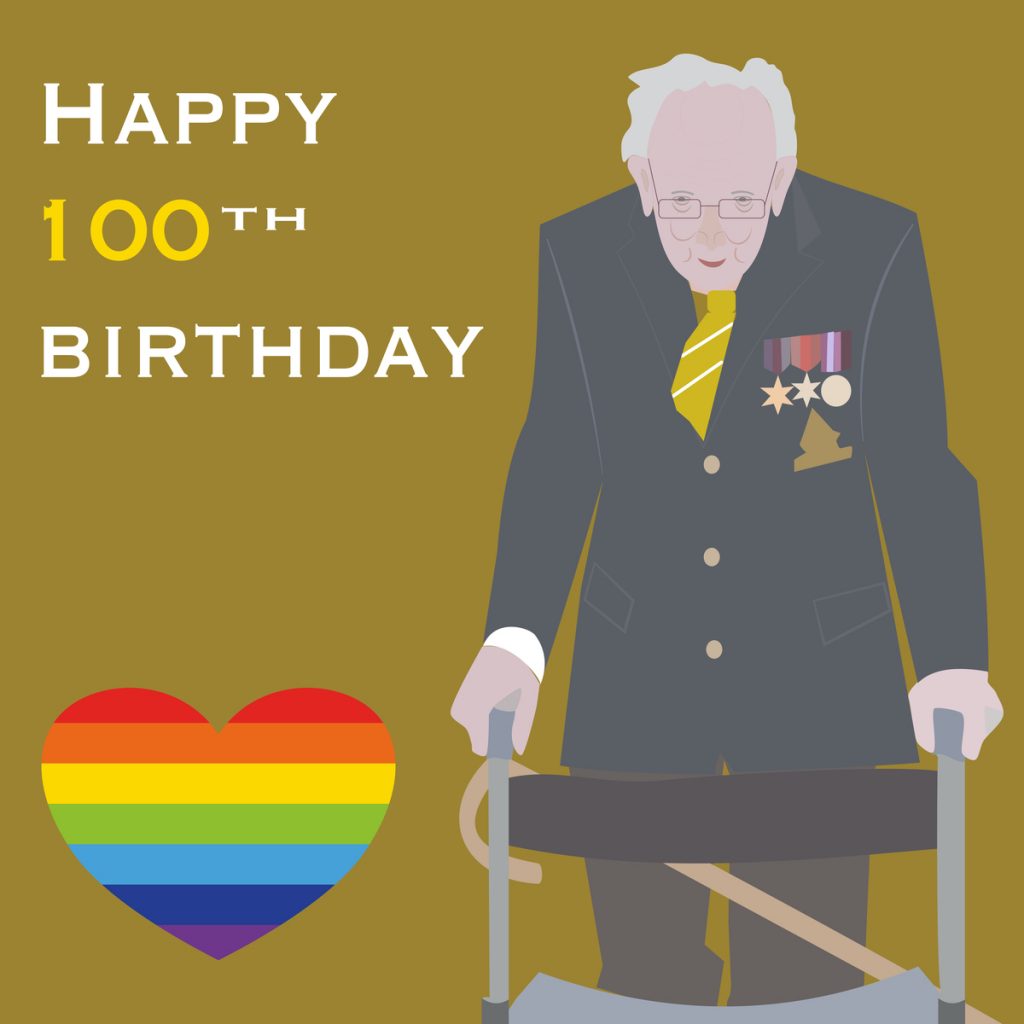