We continue with our series of inspiring interviews about brand transformation.  Meet Angela Durrant, who changed her brand following an accident and her husband’s cancer.

Tell us a bit about who you were before the change? What was your personal brand (i.e. how other people perceived you)? 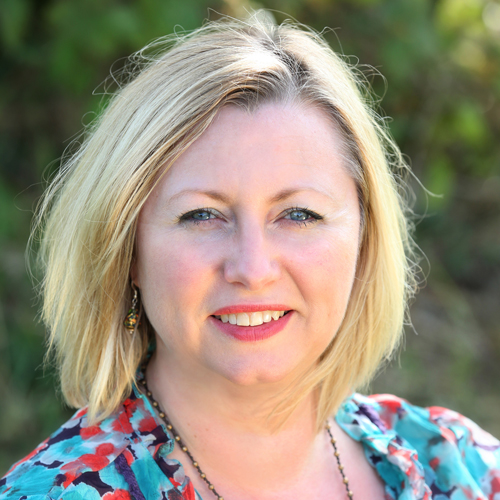 I never saw myself as a business woman or creative or entrepreneurial before becoming the main breadwinner. In fact the truth is, I only ever aspired to be a stage performer and definitely never a teacher or mentor. I spent years pursuing auditions and some I got and many I didn’t. Time moves on and so does your age. Living in London when you have to work all the hours at promotional jobs so that you can stay flexible enough to audition means you exist in a sort of subterranean world of paying off the overdraft just to be right back in it the following month.

That was my existence when I met Paul whom I have now been married to for 12 years. We have an 11 year old ballroom dancing daughter, Ella and Jordan (now 23 (my step son) who is as desperate to leave home and “do life”. It was my now husband who encouraged me to teach when I was in London still and we were contemplating our growing relationship. He was working with a rock band (he ran a recording studio) and thought it would help them and me. One thing led to another and I moved to Wales and got married. Ella came along within the year and then so did my step son.

My idea of an idyllic family never quite got off the ground as we were all learning to cope together. I gave up my stage pursuits and went to work selling houses. That statement doesn’t hold the same heartache it did then but I figured I was done and needed to move on.

The first jolt came with a major car crash and a lot of rethinking. Paul was running a big recording studio but was struggling to keep it afloat in changing times. Ella was 18 months and I was recovering at home after nearly losing my life. I knew that I had to dig deep and find a more resilient version of myself. I entered counselling for PTSD. It was the first of many shifts in my thinking. I opened a vocal coaching studio knowing that it would give me the opportunity to re-build my life and contribute to family life more. I wanted to take the strain off my husband which it did for a few years.

The studio grew and with that my desires and abilities I never knew I had. However, a June day in 2012 would change all of that when I received a call from my husband to say he had been passing blood. That began a 7 week journey to the depths and back. We discovered he had stage 3 kidney cancer. My daughter was 5 and I was earning a respectable part time wage for a part time growing home coaching business.

The operation was complicated but we thought successful. He was alive at least and couldn’t wait to get back to work. However within 18 months the next cancer and the next appeared and with each successive bout we knew that his business was all but finished. We had no family and although friends were supportive they couldn’t pay our mortgage.

I could see the path ahead, either grow the business beyond anything I thought I could so that it could sustain us with a full time wage or stay part-time, under the radar and most likely sign on for benefits. I knew the latter wasn’t for me. I had already seen small glimpses of who I could become.

Tell us where you are now and how your brand has changed?

To date, I have trained over 800 singers and speakers, several of my students have now embarked on careers of their own in music both with albums, or by getting into the theatre school of their choice. I’ve been able to branch off and create a public speaking arm to the business and have trained senior leaders in the ministry of defence as well as professional public speakers and business owners wanting to get their message across better. I am now launching the business online with the Online Singing Academy which is now training would be singers from across the globe.

My brand hasn’t been something I have invented to find a place in the market, it has evolved gradually and is testament as much to the people who have been my clients as to any training I have done. If it finds a place in the market it is because I truly believe there is a unique space for everyone in the market and tapping into who you are and lining that up with who you do your best work with provides a starting point to keep reinventing how you and your world adapts to changing times and changing tastes.

For me, now seeing how to move online has stretched me again to look at how I show up and who would benefit from that.  My personal brand is continuing to evolve as I shake off limits that helped me back.

When I think of the reaction of other people, the truth is, there wasn’t many. The biggest reactions have been when I upgrade or change my prices as I often stayed in a smaller space than my imagination saw for much too long. There is a small intake of breath and then either people stay or upgrade and that in itself is a learning curve. More for me to avoid saying “no’ for other people before I have actually asked them! There was zero reaction to me beginning this journey as it was a more internal directive. I just began. It’s always been the bigger leaps that get the reaction especially in choosing to be more visible because you come up against other people’s mental limits.

I invested in mentoring, some worked, some didn’t, but I learnt and I keep learning. It wasn’t star studded success but it was growth all the same. When I look back on the situations that happened and how I chose resilience over resignation it didn’t feel so grandiose. I just had a drive to keep our heads above water and make things work.

My advice is to dream past your limits and then take one tiny step at a time to walk it out. Walk with others who are also big dream catchers and learn to fail quick and keep going.  What is a dream that you don’t think can happen? Just write that down first. Understand that the idea is the seed not the “how will I do that” What is the very next step (logical or illogical) that comes to mind? Do it. Doubt your own doubts because they are not the blueprint, the idea is the blueprint and it has the power and potential inside it. Your job is just to keep expanding the environment for it to actually grow. You’ve been given a seed of a series of pictures and a number of seeds, you don’t know which matches which, it doesn’t matter. Plant and learn to create the environment for them to grow. You have no idea which will actually flourish first or give you the greatest yield. What you must must do though is. Begin it NOW.

Thanks for the inspiring interview Angela!

One thought on “Transforming your Personal Brand: Meet Angela”