The gift of the Magus: A look behind David Bowie’s masterful rebranding

Instead of my usual “Brand of the Month” post, I felt strongly compelled (like the rest of the world) to write about David Bowie. Given that Bowie remained one of the most iconic figures in musical history for nearly five decades, let’s just say a “Brand of the Month” felt grossly inadequate.

Every now and again, a person comes along with such a powerful transformational brand that it shifts and shapes our culture as we know it. David Bowie was such a figure – a global icon whose profound impact and reach transcended eras. He opened endless doors for other musicians, and the list of those he influenced spans generations. While Bowie may not have “branded himself” per se, he did become a brand in his own right. This post, written in his memory, takes a look at what made his constantly evolving brand, and its gravitational pull, so strong. 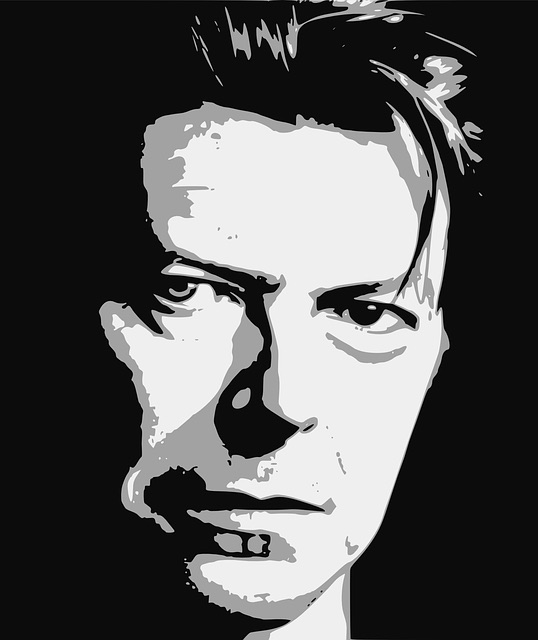 A master of reinvention…with a powerful story

Oftentimes in the world of branding, constant “reinvention” or “rebranding” comes with the risk of diluting a brand, compromising its integrity, and the whiff of failure. Bowie, however, made himself about reinvention…his brand became the act of rebranding.

Bowie quickly became known as a “master of reinvention”, of both sound and persona. His first reinvention was in the mid-1960s when he changed his surname from Jones to Bowie, a “rebranding” necessitated by Davy Jones of The Monkees. After capturing the public’s eye with Space Oddity in 1969, a process of brand metamorphosis followed, with Bowie constantly shape shifting through new identities, personae, and musical styles. His first alter-ego, the flamboyant, otherworldly and androgynous Ziggy Stardust, rose from his teenage ambition to write musicals. Ziggy was intentionally killed off a few years later, and taken over by the glam-rock persona Aladdin Sane, followed by other eccentric characters such as Halloween Jack, the Thin White Duke and Pierrot the clown (years later, Bowie would introduce his final bizarre persona, bandaged and button eyed, in his last album Blackstar). His early characters in particular enthralled audiences with a deviant, shocking fashion reminiscent of prewar Berlin cabaret, met with the decadence and extravagance that became seventies glam.

The themes that connected his carefully crafted personas were distance and strangeness. The ambiguity and vagueness inherent in these themes allowed for something quite powerful; it invited audiences to interpret their meaning on a deeply personal level. The ever-changing Bowie injected subjectivity and relativism to his art. This was no accident or coincidence. Bowie ascribed to postmodernism, the school of thought that proclaimed “there are no truths, only interpretations”. In many ways, Bowie presented himself as a blank slate, a tabula rasa upon which fans could project their own dreams and fantasies. His otherworldly characters offered a form of escapism, allowing fans to transcend their daily lives and become something larger than life. He was a celebration of difference, an enigmatic pop star that extended a lifeline to the misfits and outcasts of the world. During Mick Brown’s interview with Bowie in 1996 for Telegraph Magazine, Brown referred to Bowie in his heyday as a rock star with deliberate mystification, however, “in spite of this mystique, he was a figure who seemed to have a deep personal significance and meaning for everybody who loved his music.” His final reinvention appeared in his swan song video, Lazarus (released two days before his death). Many believe this last work foretold his death; a video eulogy of sorts. This final transformation resonates with us all – a transformation we all must one day make. 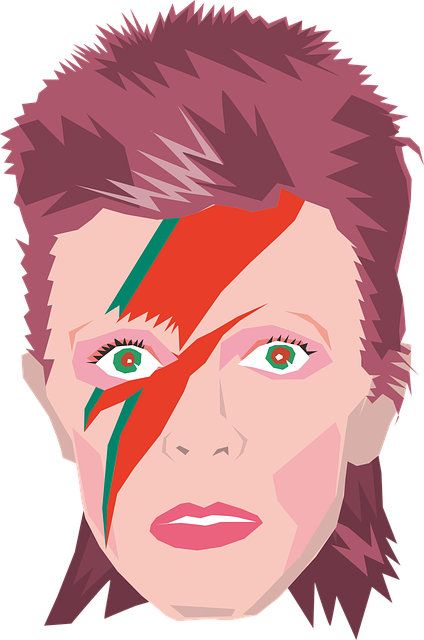 Now for the story part behind Bowie’s reinventions…

In branding (both corporate and personal), we often look at archetypes – these are universal, mythic characters that everyone can relate to, as they symbolize our core human desires and evoke strong, deep emotions and a psychological connectedness.  Psychologist Carl Jung became famous for using the concept of archetype in his theory of the human psyche, and believed that some characters are instantly familiar to us because they are primal and instinctive, part of a ‘collective unconscious’ shared by all of humanity. So in personal branding, archetypes enable you to project your purpose to the outside world and provide a highly creative yet structured way to develop a brand as a metaphorical story – one that connects to others in a meaningful way.

Bowie’s dominant archetype certainly appeared to be The Alchemist (or Magus) — a master of transformation. This archetype is associated with “turning lead into gold”: taking something or someone that feels worthless or mediocre and making them meaningful and powerful. The Alchemist creates experiences where their clients (or audience in this case) feel transported to somewhere magical or different from their day-to-day lives. This archetype values moving from vision to manifestation.

But there was also a dichotomy inherent in Bowie. If we examine this through the lens of brand archetypes, we find that Bowie possessed a powerful archetypal combination.

He was an Everyman behind the Magus

While the personas and sound behind Bowie remained in nearly a constant state of flux for decades, many report him having a very familiar English vibe at the core. Under the theatrics – the flamboyant alter-egos, shocking stage costumes and make-up, dramatic set pieces, and sexually provocative performances – resided the relatable archetype of “The Everyman”. Some described him as an “English Eccentric”, others say he often defaulted to a street-smart kid from South London. Davy Jones from Brixton remained at the core of his brand, an unbroken story behind the procession of personas.

Scottish singer-songwriter Edwyn Collins shared, “I know David made himself seem alien and strange, but he was never aloof. He was easy to fall in love with. He was warm, you could walk around with him in your head all day and it comforted you.”

During his 1996 interview with Bowie, Mick Brown of the Telegraph also observed, “He laughs readily. It’s the first thing you notice. That and his immediate warmth. There is no hint of diffidence or reserve, no hint of mystery. Quite the opposite, in fact: the warm handshake, the south London mateyness, the air of breezy candour – all conspire to effect that great social trick of leading you to believe after five minutes acquaintanceship that you’ve known Bowie all your life.” As Brown pointed out, Bowie was a paradox; for all of his self-created other-worldliness, “in person he was the most affable, charming, and down-to-earth man.”

Bowie in a 1977 Christmas special, absent of theatrics or frills,
sings “The Little Drummer Boy” with Bing Crosby.

Stage and film producer Robert Fox told CNN’s Christiane Amanpour, “He could become a very ordinary-looking man. And sometimes I’d meet him in New York at a café, and people wouldn’t recognize him. And they’d be sitting three feet from him. He could just — he could fit in.” BBC Music reporter Mark Savage further captures this sentiment: “His style shifted with the sands, but he was always recognisably David Bowie.”

Bowie can teach us how malleable a brand can be, yet can still return to an old familiar shape.

In many ways, Bowie’s creative rebranding emerged from staring down the demons in his life. His mother’s side of the family is heavily genetically loaded with psychiatric conditions, including schizophrenia, anxiety and bipolar disorder. Bowie’s half-brother, with whom he was very close, suffered with schizophrenia and killed himself in 1985. Bowie’s albums, The Man Who Sold the World (1970) and Hunky Dory (1971) in particular, explored themes like space travel alongside of his family history of mental illness. His alter-ego Aladdin Sane (“A lad insane”) was largely influenced by his half-brother. Bowie considered Ziggy and the other alter-egos to be “a form of madness through which he had meant to preserve his sanity”, wrote Christopher Sandford of the Daily Mail.

In Brown’s Telegraph interview, Brian Eno, his sometime producer and close friend, described Bowie as “a wild intuitive, which is to say he works from his own excitement a great deal. He’s capable of really fast, brilliant tangents off into somewhere that you hadn’t suspected.” He further shared that “the condition David was in in the late Seventies, you’d probably describe as slightly manic-depressive,’ he shares. ‘I mean, I don’t think he had a recognisable condition or anything, but he was unpredictable mood-wise and he could become very depressed. He was pretty up and down. Now, most of the time, he’s pretty up.” While the lows were undoubtedly quite dark days for Bowie, his “neurochemical ups” likely fueled his creativity, which, lucky for us, he channeled brilliantly through his art and then shared it with the world.

By the mid-1970s, Bowie was at the height of his fame, but “was lost in a haze of cocaine addiction,” wrote Ultimate Classic Rock’s Frank Mastropolo. Bowie’s drug habit impacted both his physical and mental health; he was thought to have had experienced an episode of psychosis himself, induced by cocaine abuse while working on the album Station to Station. As Bowie explained in Brown’s interview, “I was in a serious decline, emotionally and socially. I think I was very much on course to be just another rock casualty – in fact, I’m quite certain I wouldn’t have survived the Seventies if I’d carried on doing what I was doing. But I was lucky enough to know somewhere within me that I really was killing myself, and I had to do something drastic to pull myself out of that. I had to stop, which I did.”

In 1976, he phased out the Thin White Duke persona (associated with his drug abuse) and moved from Los Angeles to West Berlin. Some describe this move as an attempt to rehabilitate himself, and/or possibly to channel his demons into something creative. The result was the groundbreaking “Berlin trilogy”: Low, “Heroes” and Lodger, in collaboration with Brian Eno and Tony Visconti, arguably some of his greatest work (accomplished in just two years). “Heroes” is in many ways thought of as a marker of a rejuvenated Bowie; a tale of triumph, positivity and strength. In branding, consumers love a good comeback story, and that was Bowie.

Of course, there’s so much more to Bowie’s brand than his gift for reinvention. He was a transformational brand that ignited cultural change on many levels. He was an incredible innovator and visionary; an iconic example of experimentation and adaptation. He managed to marry visuals to sound, pop music with avant-garde art. He was a master at co-branding through countless impressive collaborations with designers, musicians and artists. He managed to stay relevant in a constantly changing world of pop culture. Bowie was a natural brand strategist well before the term entered our mainstream vernacular; he had an uncanny ability to recognize and exploit the power of his brand –  let’s not forget the forms of creativity in other arenas (e.g., BowieNet, BowieBanc and BowieBonds) and his social media trail blazing (a recent article in The Verge discusses how he foresaw the phenomenon that has become social media today). And the list goes on…but I had to cut off this post somewhere.

Bowie’s brand is something that was uniquely his own, but there are still lessons to be learnt. Hopefully Bowie can inspire us to embrace the freedom to transform, evolve, experiment, take risks, deeply inspire, and channel our personal struggles to create something strange, beautiful and enduring too.

2 thoughts on “The gift of the Magus: A look behind David Bowie’s masterful rebranding”