This month was a no-brainer for me. Most of you will know that earlier this month, Oprah Winfrey accepted the Cecil B. DeMille Award for lifetime achievement at the Golden Globes and delivered a moving speech that brought a star-studded audience to their feet and had #Oprah2020 trending on Twitter.

We know that Oprah has become quite a cultural phenomenon over the past 30-plus years. She has created a billionaire empire during which she has won numerous Emmys, has been nominated for an Oscar, and appeared on lists like Time’s 100 Most Influential People. She was awarded the Presidential Medal of Freedom. Her immense generosity and philanthropic spirit are renowned. The list goes on. 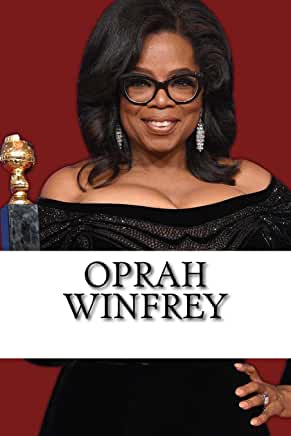 But what exactly was it that made this month’s moment at the podium so powerful? We all know that Oprah is an immensely talented presenter, but there’s a bit more to it than that.

For one, Oprah utilized one of the most effective speaking strategies there is: storytelling.

As we know in personal branding, people buy into your story. And by all measures, Oprah masterfully used storytelling in her speech. As soon as she reached the podium, she launched into her story with the words, “In 1964…”. By simply starting with a date, Oprah conveyed to the audience that she was about to tell a story, grabbing their attention. And with two simple words, she guided our imagination to come along side her for a journey.

Oprah presented her personal journey as a model for overcoming adversity; one of a metamorphosis from poor little girl in rural Mississippi to the wealthiest black woman in the US.  It also captured a much larger narrative; she is living proof of attaining the quintessential American dream as we know it.

Not only did Oprah’s story draw us into her as a person, but it also hit on something more personal to her audience.  Her story was shared as an inspiration to us; one to help us better understand our feelings, cope with adversity and take action to improve our lives. One to remind us that no one is invisible. She also sent a powerful message by including men as well as women in the fight against sexual harassment. In these highly divided times, particularly in the US, her message is one that is perhaps desperately needed right now: we are one.

This highlights her impeccable timing. Perhaps Matt McGarrity, a speech teacher at the University of Washington, put this best: “Ultimately, Winfrey’s speech was so powerful because it was a kairotic response. In ancient Greek, kairos was a sense of time. Chronos was the ticking of the clock; kairos was the “opportune moment.” That chance to say just the right thing, in just the right way, at just the right time. Modern presidential debate seems focused on finding and exploiting the “just right response.”

So Oprah’s speech was a pitch perfect, captivating and well timed story. But perhaps most importantly, this speech was delivered by someone with the foundation of a strong personal brand.

From a personal branding standpoint, Oprah is a “total package”. She combines her core attributes (passion, purpose, strengths and values) with her charisma, emotional intelligence and authenticity to create a magnetic force.

Oprah has often written about purpose and personal values: “I believe there’s a calling for all of us. I know that every human being has value and purpose. The real work of our lives is to become aware. And awakened. To answer the call.” As one fan observed, Oprah’s purpose seems to center around helping people “live their best life”: to love themselves, believe in themselves, and follow their dreams. And you just have to watch her in action to know that she exudes passion (and compassion). There’s no doubt that her speech at the Golden Globes captured her passion, purpose and personal values loud and clear.

Above all, biggest branding asset is not how big her bank account or empire is, but how she shares exactly who she is, her personal “truth.” Oprah often speaks of the importance of authenticity: “There’s nothing more valuable than authenticity, so if you’re building your brand on a set of core principles, which are based on who you are and what you believe in, you can’t go wrong.” And this authenticity seems to extend to all facets of her personal brand. With Oprah, what you see has always been exactly what you get.

This brings me back to her impeccable timing. Perhaps an authentic, compassionate personal brand like Oprah’s is exactly what the world needs more of right now. And regardless of whether or not you’re on the #Oprah2020 bandwagon, there’s little denying that Oprah is one amazingly strong, inspirational personal brand.