The Villain Inside: Exploring the “Shadow Side” of your personal brand

With the controversy around the film The Joker going on at the moment, and this month’s release of the new Breaking Bad film, I started  thinking about the personal brands of villains in our culture, our changing attitude towards them, and what we could learn here from a personal branding perspective. 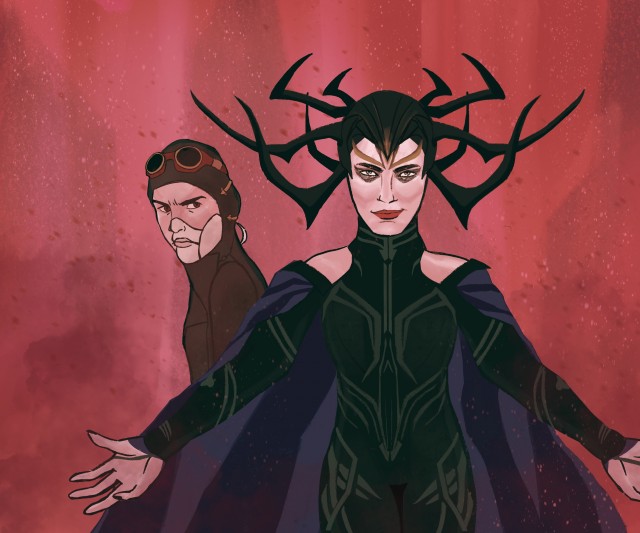 From Darth Vader to the Wicked Witch of the West, we’ve always had a thirst for villains. Villains serve a vital part in the role of the protagonist’s growth: a personification of the opposition and obstacles that the hero must overcome in order to evolve. They are what the hero risks becoming if they start to wander down the wrong path, and are often a mirror image of the hero: the Joker to the Batman, Darth Vader to Luke Skywalker.

Our attraction to these villains and what they represent seems to be growing…what is it that we find so appealing?

One theory ties into Jung’s shadow selves, which suggests that villains help us come to terms with those parts of ourselves that we would prefer to keep hidden. However, we are attracted to these shadows at the same time. After all, who hasn’t secretly found pleasure in a villain saying or doing something we would never actually contemplate in a million years (Hannibal Lector eating a musician because he played badly and spoiled his evening!)?

This certainly helps explain the push-pull we can feel for villains: how we can loathe Voldermort and his complete disregard for muggle life, and yet hold our breaths in anticipation of his next appearance on the screen or chapter.  One fascinating plot device JK Rowling used with Harry Potter was to create a connection between Harry and Voldemort that allows Harry to share the sensations and experiences of Voldemort as he kills his victims, something that enables Harry to come to terms with his shadow side. While his friends and Dumbledore implore him to learn a magic art to shut down this connection, Harry has a strange resistance to the idea. This provokes his character to grow by coming to terms with the dark side of himself. We can see the same device used in Lord of The Rings, where Frodo is increasingly tempted to wear the ring which not only makes him invisible, but takes him to a dark place inside himself.

As public attraction to villains seems to get stronger, the personal brands of villains seem to be becoming more heroic, creating a more blurry divide in popular culture today. Take Killing Eve’s Villanelle, who at times shares the status of heroine with Eve, our heroine from M16. Villanelle is no doubt a psychopath, displaying little or no empathy for her victims and colleagues, and yet her quirks of personality and stylish dress sense inevitably mean we warm to her. Her gruesome killings no longer shock us, in fact we sometimes even root for her. Even her name, Villanelle, a softer, Frencher version of Villain, is a massive tongue in cheek hint.

Interestingly, both Killing Eve and Peaky Blinders are dark worlds of blood and guts, and yet both are highly stylish, stylised and delivered in a way to delight the senses. Of course, this isn’t something that’s just happening today. Coppola’s The Godfather did the same thing back in the 1970s, creating a film that depicted a warm, loving family set with a score that almost everyone can hum even today.

One way our heart warms to these villains is by having an even worse villain on their tail. Villanelle’s often fighting for her life, whether it’s against some weirdo who has captured her, or her own people. In The Godfather there are rival families who show less “honour” and more brutality than the Corleone family, a device that was also used in The Sopranos.

Then there are the characters who meet criteria for a personality disorder, but use their shadow side for good. ITV’s Sherlock, for example, has turned their Sherlock Holmes into a sociopath. He himself embraces the diagnosis: “I’m not a psychopath, I’m a high-functioning sociopath. Do your research.” He of course turns his sociopathic traits into strengths…and we are hooked.

This blurring and blending of hero and villain creates for more human, relatable characters.

Engaging the villain inside your personal brand

As I hope I’ve conveyed above, every good story has a villain. This includes our own brand stories. Let’s start by taking a look at some content strategy.

While the hero archetype is a great storytelling device to communicate the shiny, more noble sides of yourself, the villain archetype can add that extra dimension of interest and relevance into your brand. These villains represent that relatable shadow side of the heroic part of our brand.

So how exactly can you bring a little of that shadow into the light to make your brand story more appealing?

Here are my top tips for bringing some villain content into your personal brand:

A defining characteristic of a good villain is their relatability. We all have these shadow traits, and by adding a little villain in your personal narrative, you may find that others will be more engaged with your story. And that’s a villain worth embracing!