Here’s why:
Mr Fry and I share something special, our involvement in a charity called Terrence Higgins Trust (THT), the largest HIV charity in the UK. He has long become a figurehead for the organisation, and this month he hosted his annual THT Friends for Life Dinner, which I was privileged to attend. As this was my first Friends dinner, I didn’t know what to expect from Stephen Fry, perhaps he would just lend his name to the evening, or perhaps make a brief appearance. Imagine my surprise when he personally greeted his guests at the door! This was above and beyond most “celebrity involvement”; he made a genuine effort to personally connect with each one of his guests. 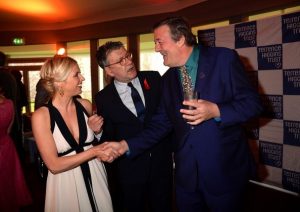 Stephen deserves the accolade of “brand of the month” not only because of his unswerving dedicated to the Terence Higgins Trust, but also to Mind, the Mental Health Charity of which Stephen is president. Stephen had bravely gone public about his diagnosis of Bipolar Disorder 11 years ago, and has worked tirelessly to bring awareness to mental illness. He even hosted a documentary about Bipolar Disorder called “The Secret Life of The Manic Depressive”, where he gives a personal account of his struggles with his illness. His involvement truly hits home, and his personal disclosure is very much aligned with Mind’s mission to raise awareness of mental health issues. By working closely with Mind’s anti-stigma campaign Time to Change (England’s biggest programme to challenge mental health stigma and discrimination), Stephen hopes to help others break the silence about mental illness. As he shared on their website, “I want to speak out, to fight the public stigma and to give a clearer picture of mental illness that most people know little about.” As a clinical psychologist, this cause of course also strongly resonates with me. 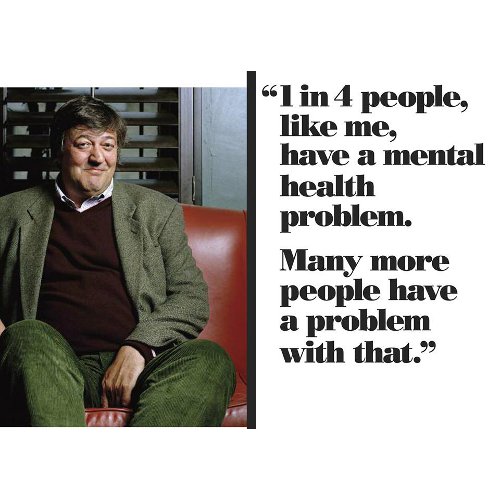 Stephen uses his public status to do as much as he can for two often misunderstood and stigmatized causes, and does so in an authentic, warm and engaging manner. He is a wonderful advert for how social responsibility on a personal level can reflect well on your own personal brand, as well as making a tremendous impact for the causes involved. Bravo, Mr Fry! 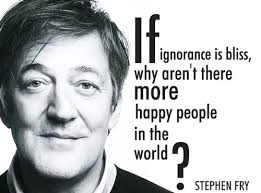 One thought on “The “Personal Brand of the Month” goes to…”