In lieu of a typical “Brand of the Month”, I felt compelled to pay tribute to an extraordinary author we lost earlier this month. 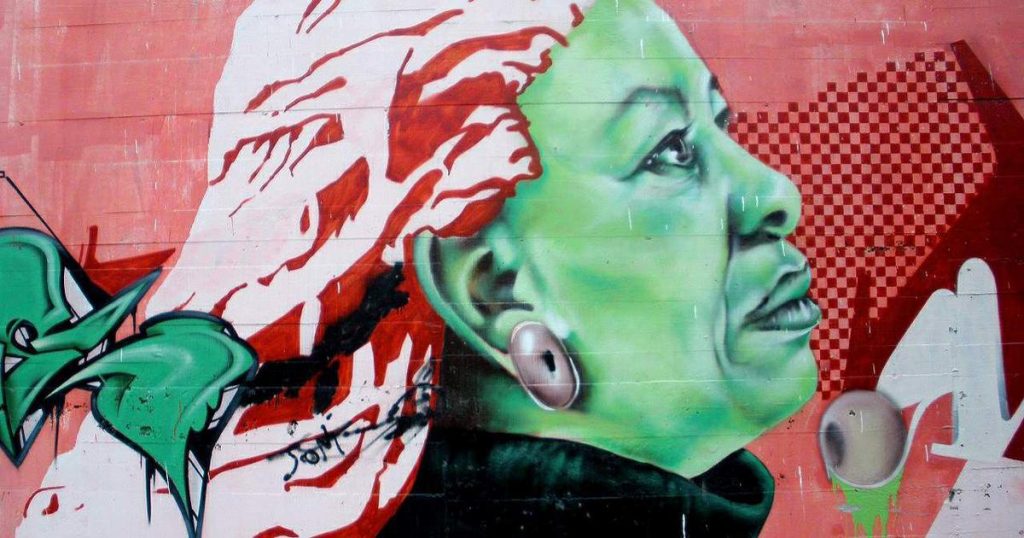 It’s hard to know exactly where to start this tribute to Toni Morrison, an author that has opened my eyes in a way that other authors just have not. Perhaps it’s down to Morrison’s strong brand, which is so very palpable in her work. Or the spellbinding magic she can cast over the reader. Probably both. Likely more.

Morrison’s personal brand has in many ways come to represent the black American experience (particularly female), and her work is largely known for her honest examination of this experience. Throughout her novels, Morrison weaves in such cultural references as jazz, blues and folktale, threads that make up part of the rich tapestry of black America. She also challenges us to confront topics of slavery and racism from a very compassionate, personal level.

Black culture not only permeated her content but was also reflected in her style of writing. Morrison once spoke of developing “a way of writing that was irrevocably black”, because of “something intrinsic, indigenous, something in the way it was put together – the sentences, the structure, texture and tone”.  Her poetic and mythic style are also signature marks of Morrison’s brand. She wrote fiercely, courageously, and with passion.

Some of her most notable work include Morrison’s first book, The Bluest Eye (1970), which explores white standards of beauty through the eyes of a victimized adolescent black girl who longs to have blue eyes; Song of Solomon (1977), told by a male narrator in search of his black identity, which brought Morrison to national attention; and Tar Baby (1981), which hits on conflicts of race, class, and sex.

Then of course there is Beloved (1987). My introduction to Morrison was by way of this Pulitzer Prize winning novel, based on the true story of a runaway slave who is haunted by the daughter she killed to save from a life of slavery. A film adaptation of Beloved, staring OprahWinfrey, was released in 1998 (a fun quirky fact: I was lucky enough to be cast as an extra for the film!).

Morrison is credited for transforming what was possible for black writers in mid-century America. In a recent tribute in The Guardian, Valerie Babb wrote:  “The nation should also thank her for being unapologetically black. Without anger, apology or explanation, she moved black life from the margins of American history to the center of stories that excavated American truths. In the process, she reshaped a literature, making it more reflective of the nation that generated it.”

Morrison was a literary activist and a champion of free speech. She spoke out against censorship following the banning one of her books at a Michigan high school in 2009. She was also the editor for Burn This Book (2009), a collection of essays on censorship. At a Free Speech Leadership Council, she emphasized her strong position in the fight against censorship:

“The thought that leads me to contemplate with dread the erasure of other voices, of unwritten novels, poems whispered or swallowed for fear of being overheard by the wrong people, outlawed languages flourishing underground, essayists’ questions challenging authority never being posed, unstaged plays, canceled films—that thought is a nightmare. As though a whole universe is being described in invisible ink.”

Goodbye to Toni Morrison, our great iconic American author. May she rest in power.