Here’s why:
Mark Zuckerberg has been in the press quite a bit over the past few months, with some of this month’s media attention being a bit, well, awkward.  Another powerful brand (like it or not) – Kanye West – unexpectedly jolted Zuckerberg into the spotlight by asking him over Twitter to invest one billion dollars in “his ideas” (a request on the tail end of disclosing he was $53 million in debt). Zuckerberg’s name became fused with West’s on Google and his very own Facebook, resulting in some unexpected co-branding for Zuckerberg to say the least. Zuckerberg kept quiet, focused on his own issues, and didn’t budge an inch. The media spotlight soon shifted from Kanye to another issue that was important to Zuckerberg, the Black Lives Matter movement.  This month, we take a look at what makes Mark Zuckerberg such a strong, robust personal brand after founding Facebook in his college dorm room nearly 12 years ago. 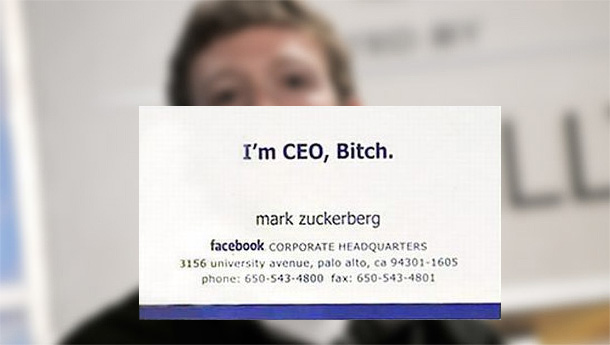 When we think of Mark Zuckerberg, words like innovator, tech billionaire, change-agent, and visionary come to mind.  Here are some of the very distinct aspects of his personal brand that work brilliantly:

He has set a very public goal to be one of the greatest philanthropists of our time
While Zuckerberg, along with his wife Priscilla Chan, had previously been active in charitable endeavors (pledging about $1.6 billion in total, according to a spokeswoman for the family), they recently took their social responsibility to a new level. In December last year, Zuckerberg announced that he and his wife would give 99 percent of their Facebook shares “during our lives” to charitable causes (holdings currently exceed $45 billion). In a pledge made in an open letter to their newborn daughter, Max, the couple wrote: “Our initial areas of focus will be personalized learning, curing disease, connecting people and building strong communities.” The Chan Zuckerberg Initiative, a new organization to manage the money, was created. While the structure of the giveaway (a corporation vs. a nonprofit charity) and its initiatives have received some criticism, there’s little doubt that the Zukerberg name has become strongly associated with philanthropy and generosity. 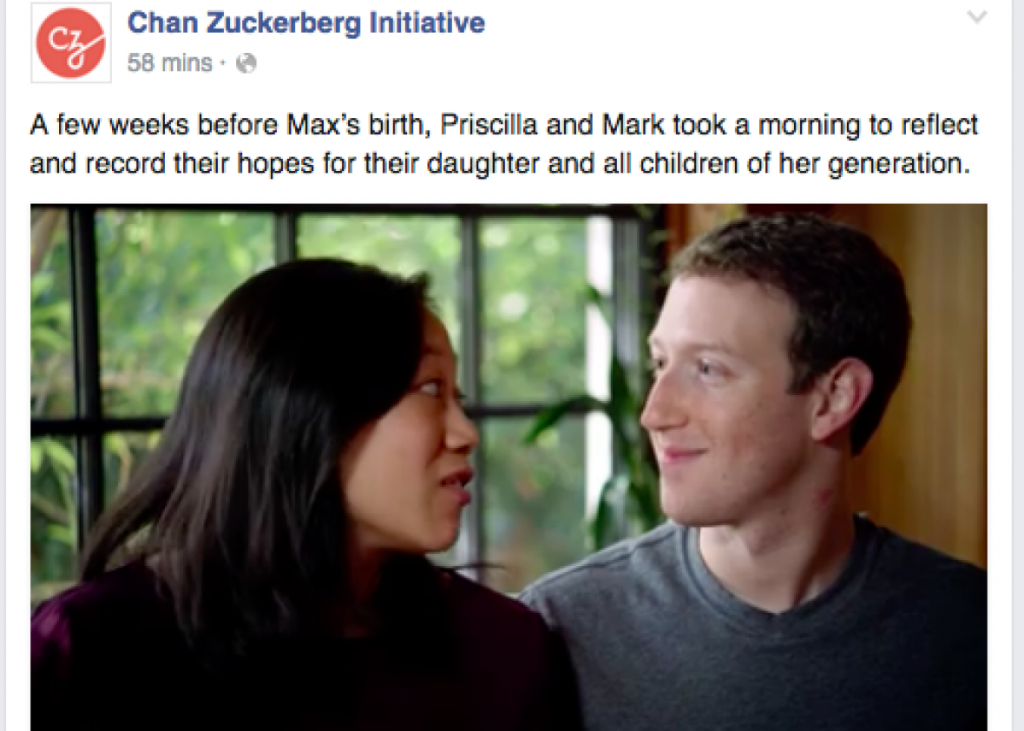 He voices what he believes in
Zuckerberg doesn’t hesitate to make his beliefs known. He has recently added his voice to a contentious political issue of the moment by posting a Facebook statement in support of Muslims and Islam. “I want to add my voice in support of Muslims in our community and around the world.” He goes on to say, “If you’re a Muslim in this community, as the leader of Facebook I want you to know that you are always welcome here and that we will fight to protect your rights and create a peaceful and safe environment for you.”Just last week, Zuckerberg added his voice to another human rights movement via an internal Facebook memo by reprimanding employees after several incidents in which the slogan “black lives matter” was crossed out and replaced with “all lives matter” on the walls of their headquarters. In his memo, Zuckerberg encourages employees to attend a company “town hall” meeting scheduled for 4 March “to educate themselves about what the Black Lives Matter movement is about”.

His business ethos aligns with his personal philosophy
Facebook has now become permanently woven into the social fabric of our lives, with more than one billion people using it each day. Zuckerberg’s leadership style includes open communication and transparency, which reflects his personal philosophy: “I’m trying to
make the world a more open place.” As mentioned in the previous point, Zuckerberg uses town hall style meetings to communicate with employees, not only to share updates an achievements of the company, but to promote dialogue about topics that he and the company stand for, such as human rights. The very environment of their company headquarters in Silicon Valley, California also fosters a sense of openness. Housed in a sprawling glass structure designed by Frank Gehry, the workplace culture lends itself to fluidity and transparency. There are no private offices, and everyone, including Zuckerberg, is on view and accessible.

He invests in continuous self-improvement
Each year, Zuckerberg publicly pledges to improve himself and shares his plan to do so. As
a result, his self-improvement efforts have been closely followed by not only his Facebook friends and employees, but also the press. These self-improvement projects are often reflective of his values. In 2013, his goal was to meet someone new everyday. In 2014, a daily hand-written or emailed thank you note. He started his own book club in 2015, and aimed to read a new title every two weeks. This year, he pledged to run 365 miles over the course of the year and build “an artificial intelligence butler” to help around the house. These public pledges have inspired others to take up similar self-improvement initiatives.

He has a distinct outer brand
In a public town-hall meeting in 2014, Zuckerberg shared that the reason he wears an almost identical grey T-shirts every day (and the occasional hoodie) is because he wanted “to make as few decisions as possible about anything except how to best serve this community,” and refuses to “spend any of my energy on things that are silly or frivolous”. It’s also great for branding. Zuckerman follows Steve Jobs, who also wore the same casual outfit every day. While this minimalist style certainly won’t work for everyone (and certainly isn’t my cup of tea), it conveys the archetype of the “everyman” behind the billionaire. 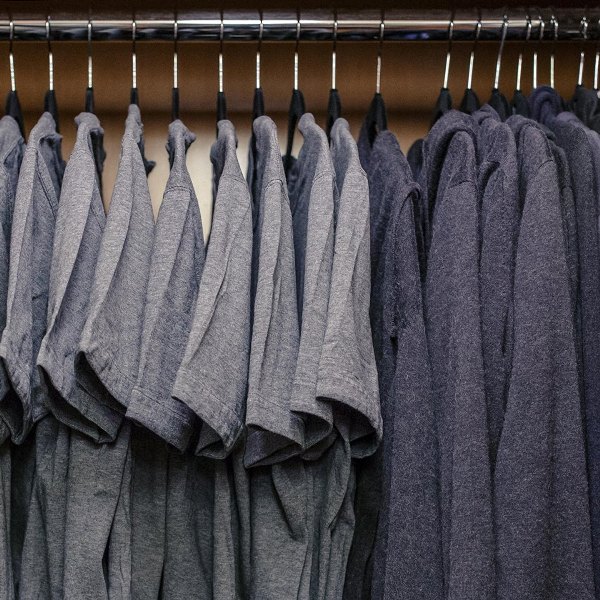 As mentioned in my previous posts, outer branding isn’t just about personal style. It also extends to things like stationery, which can create quite an impression of our personal brands, and Zuckerberg has some brilliant personalized stationery.  The styling, font, colours (including grey of course), embellishments of embossing and foil stamps convey a certain charm and tradition that Zuckerberg hasn’t lost in this era of social media.