Here’s why:
Since Stefani Joanne Angelina Germanotta transformed herself into the pop sensation Lady Gaga, her name has since become associated with artistic and visual experimentation, eccentricity, unpredictability and provocation. Similar to the late great David Bowie, she has cultivated a wonderfully strange and “otherworldly” dimension to her brand, while balancing it brilliantly with a “human” and highly relatable side. This month, in the wake of the Harvey Weinstein scandal, we see yet another example of this with a public service announcement for the It’s On Us campaign to end sexual assault (we’ve also seen her latest album just go platinum in the US, not a bad month!). 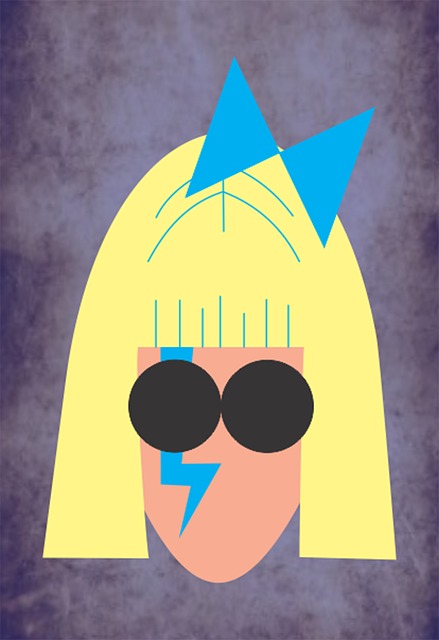 There are so so many things to say about Lady Gaga’s powerful personal brand, however this PSA hits on a few interesting aspects I wanted to highlight that make her brand particularly fascinating to me.

Her unconventional yet brilliant approach to co-branding.

Her teaming up with Biden may seem a bit unusual, but it works, particularly given the cause behind their joint venture. This is not the first time Biden and Gaga have paired up. At the 2016 Oscars ceremony, Biden appeared in a telecast to introduce Gaga’s performance of her song, “‘Til it Happens to You,” a song about sexual assault.

Gaga has also made some interesting choices with artistic collaborations. In 2014, she collaborated with Tony Bennett in 2014 for a cover album called Cheek to Cheek. It turns out that Gaga had much in common with the veteran crooner, who she described as one of the few people she can “relate to”, someone who has encouraged her in her time of need. She further shared that Cheek to Cheek changed her as an artist and a person, describing her work with Bennett as ‘liberating’. The pairing of one of contemporary pop’s greatest provocateurs matched with an old-school crooner of a bygone age was an unexpected and risky one. But unpredictability and a proclivity for breaking boundaries have become part of Gaga’s brand, and it works.

Of course, there’s also her co-branding with corporate brands. Partnering up with young and edgy trend-setting brands like H&M and MAC cosmetics seem like fairly solid choices, but then there was that Tiffany’s campaign earlier this year. At first glance, this co-branding may seem like a misstep in co-branding, with the Tiffany & Co name being known for classic (and conservative) luxury jewelry, but the campaign played to the human dimension of the Lady Gaga brand, and it gave us something new and unexpected from both names.

Her personal disclosures create an authentic, human side.

Some of her co-branding choices above have certainly humanized Gaga, but what makes her so relatable is her personal disclosures, as seen with the It’s On Us PSA, which also brings balance to her otherworldly pop star image. As Biden shares in their recent public service announcement, ‘I’m not only with a great friend, but a fierce advocate. Lady Gaga has been the voice for people who have been forgotten and people who have been abused … Well it happened to her. She’s shown enormous courage.’

In addition to coming out as a victim of sexual assault, she has also opened up about her struggle with post-traumatic stress disorder (PTSD) in an open letter last year. The letter was posted on her Born This Way Foundation website, her non-profit dedicated to empowering young people. She shared that her decision to disclose was made to help her to heal, and also to encourage others facing similar issues to talk about it. Earlier this year, she further discussed her personal struggle and thoughts on mental illness with Prince William in a video chat as part of the prince’s charity Heads Together anti-stigma campaign. In the video, Prince William praises Gaga for her “incredibly moving and very brave” open letter. The video, which has been viewed by thousands and posted on the Royal Family Facebook Page, shows a very genuine side to both Gaga and the Duke of Cambridge.

Gaga has also spoken openly about her struggles with fibromyalgia, a chronic pain condition. She offers a glimpse into living with chronic pain in Gaga: Five foot Two, a  “behind-the-scenes” Netflix documentary about the making of her recent album and Super Bowl stardom.  She has recently cancelled a string of concert dates of her current tour, sharing that ‘past traumas that still affect her daily life, and result in severe physical pain in her body’.

And just as quickly as she reveals her human side, her fans blink and Gaga shape shifts back into some new ethereal creation. She reminds us: ‘I’m half living my life between reality and fantasy at all times. It’s best not to ask questions and just enjoy.’