Here’s why:
Although well known as an Oscar-winning Hollywood super star, DiCaprio also has an exceedingly impressive socially responsible side to his personal brand. He is also a stellar example of someone who follows their passion and takes action. As a longtime environmental activist, he has used his Hollywood fame to highlight some of the most pressing environmental issues of our time.  Earlier this month, he did just that by speaking out against Trump’s decision to withdraw the United States from participation in the Paris climate accord. 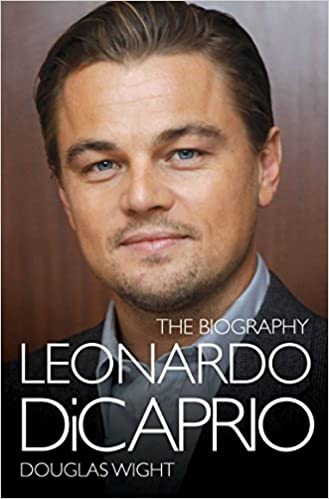 Let’s look at some of the ways he communicates (and acts on) his passion:

His Foundation
In 1998, at the ripe old age of 24, the Oscar-winning actor founded the Leonardo DiCaprio Foundation (LDF), with the mission of “protecting the world’s last wild places”. Originally set up to give some structure to DiCaprio’s charitable giving, the LDF has since become an important player in environmental philanthropy, awarding over $30 million since 2010 to high-impact projects in more than 44 countries across the globe, “implementing solutions that help restore balance to threatened ecosystems, ensuring the long-term health and well-being of all Earth’s inhabitants”.

And the list goes on…in addition to his founding role and advocacy work at the LDF, DiCaprio sits on the boards of the World Wildlife Fund, Natural Resources Defense Council, National Geographic’s Pristine Seas, the funders’ collaborative Oceans 5, and International Fund for Animal Welfare.

His Documentary
Then there’s his documentary, Before the Flood; a collaboration project about climate change with director Fisher Stevens and executive producer Martin Scorsese. Premiering at the Toronto International Film Festival in September 2016, the documentary addressed the peril the world faces due to climate change. DiCaprio shared the following at the European premiere in October 2016: “Before The Flood is the product of an incredible three-year journey that took place with my co-creator and director Fisher Stevens. We went to every corner of the globe to document the devastating impacts of climate change and questioned humanity’s ability to reverse what may be the most catastrophic problem mankind has ever faced.” National Geographic Channel aired the programme, and as part of their commitment to covering climate change, the documentary was made widely available and free (and be sure to check out the trailer at the end of this post!).

His Media Interviews
Even when interviewed about his latest movie, DiCaprio seems determined to use the spotlight to highlight environmental issues. In an interview with The Telegraph earlier this year, he shared, “2015 was the hottest year in global history, and we are actually seeing the tipping point happen right now. I witnessed it myself, first hand, on The Revenant, when unprecedentedly warm conditions in Canada meant that we had to move the whole production to Argentina in search of snow.” Let’s not forget the grueling and dangerous conditions DiCaprio put himself through for this film, with one crew member describing the filming as ‘a living hell’. As mentioned in his 2016 Oscar acceptance speech, The Revenant connected deeply to the very cause he so passionately supports when the cameras stop rolling: man’s relationship with the natural world.

Which brings us to…

His Speech at The Oscars
The Academy Awards stage was yet another powerful platform for shining the spotlight on climate change and the importance of understanding the facts behind it. In his 2016 acceptance speech after receiving his first award for his role in The Revenant, the actor shared:

“And lastly, I just want to say this: Making The Revenant was about man’s relationship to the natural world. A world that we collectively felt in 2015 as the hottest year in recorded history. Our production needed to move to the southern tip of this planet just to be able to find snow. Climate change is real, it is happening right now. It is the most urgent threat facing our entire species, and we need to work collectively together and stop procrastinating. We need to support leaders around the world who do not speak for the big polluters, but who speak for all of humanity, for the indigenous people of the world, for the billions and billions of underprivileged people out there who would be most affected by this. For our children’s children, and for those people out there whose voices have been drowned out by the politics of greed. I thank you all for this amazing award tonight. Let us not take this planet for granted. I do not take tonight for granted.”

When interviewed about the speech, DiCaprio shared his aim was “to not only talk about the film, but to be able to talk about climate change on a platform that hundreds of millions of people are watching … to say this is the most existential crisis our civilisation has ever known – I wanted to speak out about that. The time is now. It’s imperative we act.”

His UN Role
DiCaprio also uses his position to call on world leaders to address climate change. In 2014, DiCaprio addressed one of the largest meetings of government, business and civil society leaders in history at the United Nations Climate Summit. “I play fictitious characters often solving fictitious problems. I believe mankind has looked at climate change in the same way, as if it were a fiction. But I think we know better than that.”

United Nations Secretary-General Ban Ki-moon appointed DiCaprio as the UN Messenger of Peace for Climate, calling him a “new voice for climate advocacy.” More recently, he spoke as a Messenger of Peace last year at the International Day of Peace special event at the UN Headquarters in New York.

His Political Involvement
DiCaprio certainly doesn’t shy away from the front lines at home either. In a last-ditch effort to enlighten the president on climate change last December, he and the head of his foundation gave a presentation to Trump, Ivanka, and Trump’s team on how renewable, clean energy could boost the economy by creating millions of jobs.

While I have personally been a DiCaprio fan since What’s Eating Gilbert Grape in 1993, my admiration for him increased exponentially after hearing about his White House presentation. While most of Hollywood was reeling from the election results, DiCaprio was taking action and reaching out to Trump…because it was that important. I’m sure this decision was not an easy one, particularly given that their presentation came hours after Trump chose Scott Pruitt, a climate science sceptic, to head the Environmental Protection Agency (EPA).

His Social Media
DiCaprio’s website and social media platforms are designed to engage and encourage fans to take action on key environmental issues. He also uses them for his own voice on such matters. Earlier this month, DiCaprio swiftly took to social media to decry Trump’s decision to withdraw from the Paris Accord. “Today, our planet suffered. It’s more important than ever to take action,” he tweeted (this came after directly tweeting the president the day before: “.@realDonaldTrump, I hope you’ll make the moral decision today to protect future generations”).

He then took to Facebook: “Today, the future livability of our planet was threatened by President Trump’s careless decision to withdraw the United States from the Paris Agreement. Our future on this planet is now more at risk than ever before. For Americans and those in the world community looking for strong leadership on climate issues, this action is deeply discouraging. Now, more than ever, we must be determined to solve climate change, and to challenge those leaders who do not believe in scientific facts or empirical truths. It is time for all of us to stand up, organize, fight back, and channel our energy into grassroots political action.”

DiCaprio further shared “organizations on the front lines of this fight” including Indivisible Guide, NRDC, Stand Up America, and Before the Flood.

His Lifestyle
If I’m honest, his brand gives off mixed messages with this one. Sure, he lives in an eco-friendly apartment block in New York and drives a hydrogen-powered BMW. But he has also come under fire for his use of a private jet, part of his lifestyle that is inconsistent with the socially responsible side of his brand (and a conservative carbon footprint). While much of his jetting around has had to do with environmental ceremonies, fundraisers, or investigating climate change in other countries, critics such as Fox News environmental analyst Robert Rapier stated that such an action “diminishes his moral authority to lecture others on reducing their own carbon emissions”. Certainly something for DiCaprio to consider when scheduling his itinerary!

With that said, DiCaprio’s tireless and passionate commitment to environmental issues is undeniably impressive. It quite simply works for his brand, as it does for our entire planet.