Stepping back instead of stepping up: When brands do the unexpected

The year has just begun and we’ve already had our fair share of personal branding bombshells.

Meghan Markle and Prince Harry’s surprise announcement to “step back” from their high-profile duties as senior members of the royal family has left the country in a tizzy, dominating headlines and causing a social media meltdown. For some, this “new arrangement” deepens pre-existing negative sentiment or prejudices towards the couple, particularly Meghan, the outsider. For others, their renegade move elevates the couple to hero status. 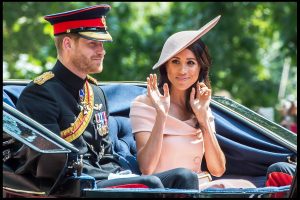 Meghan, Duchess of Sussex and Prince Harry on the official birthday of the British Sovereign. Photo: Pete Maclaine

Regardless of personal opinion, reasoning behind their decision and a path forward remain decidedly murky. We may know the broad brushstrokes — they plan to “carve out a progressive new role”, “work to become financially independent”, etc. — but the driving factors are still unclear. Was it the royal pecking order restraints Meghan encountered, or even something more insidious? Strains that may come with primogeniture? The intense scrutiny of the media? A deepening division in the family? Rumours abound about this unprecedented royal divorce.

Their surprise announcement has had a significant knock-on effect. There’s the disappointing breakdown of strong joint-branding (“the fab four” royal team of brothers and their wives is now fractured), but also an overall destabilizing effect on the entire royal family. The Queen’s response to the Sussexes’ announcement has also set the mold for a new form of royal history. These shake-ups can change also our perceptions of an entire institution and how we relate to it.

The royals may have taken center stage this month, but we’ve also seen Ed Sheeran taking a step back from his music, announcing an undetermined hiatus after he was named the UK’s artist of the decade by the Official Charts Company. An unexpected move indeed, as was Lord Tony Hall’s recent announcement he is stepping down as director general of the BBC in the summer, two years early than expected.

Whether it’s leaving a longstanding career, culture, religion or even gender, surprise announcements can be confusing and leave your personal brand in limbo. When the motive seems shrouded in mystery, people are left to connect the dots, and as a result, you can lose control of your personal brand.

Assuming you’ve taken a careful look at what’s prompting this change (have talked it through with the right people, done enough soul searching), how can you effectively deliver your announcement in a way that doesn’t diminish your personal brand or the likelihood of transitioning into a strong, new personal brand?

Take a look at whether your “step back” needs to be a bombshell announcement in the first place. Such bombshells can of course work if your aim is a radical change in your brand. But if not, ask yourself:

Can you plan a slow build-up so as not to shock and awe your target audience with your decision?

Who can you talk to and what early messages can you send to alert people to not leave them blindsided?

In all fairness, Harry and Meghan did show us glimmers of discontent. However, given that a royal step back of this sort is unprecedented, many of us never saw this one coming.

Get your messaging straight

Craft a statement for your target audience clearly stating why you are making this radical change…and why now. Be honest, without dragging names (of individuals or institutions) through the mud, unless you have an agenda to do so (e.g., naming and shaming, Harvey Weinstein type stuff).

If you are still experiencing some ambivalence about your decision, this messaging can also serve as an exercise to help you work through uncertainty and solidify your decision, perhaps even strengthening your resolve.

This was another obstacle for the Sussexes, as the royal family have historically been restrained by careful, tightly controlled statements coming from Buckingham Palace. Hopefully this will prove less of an issue for the rest of us.

Know when an apology is in order

This is about managing the emotionality around your decision.

Will you be letting part of your fan base or target audience down? If so, recognize this. Acknowledge that transition can be difficult on both ends.  Again, this is part of clear and effective messaging.

How can you mitigate the disappointment and reactions of others?

Remember that you may not be able to control the reactions of others, just how you relate to it. If this is a well thought out decision, one that is congruent with your personal brand, such reactions may be more about them and their loss than what’s best for you.

Harry deserves some credit with this one. Here ITV reporter Chris Ship captures Harry giving a heartfelt speech at a dinner for Sentebale, a charity for children and young people affected with HIV in Lesotho and Botswana:

VIDEO: Prince Harry speaking time tonight at a @Sentebale dinner: “I watched as you welcomed Meghan with open arms as you saw me find the love and happiness that I had hoped for all my life.”#HarryandMeghan pic.twitter.com/Aix8a1JVOU

How can you continue to live in accordance with these attributes after this transition? What are you determined to take with you or hold onto?

Which of these attributes (e.g., passion, purpose, values) can you consistently highlight?  Communicate them…over and over.

The Sussexes appear to be maintaining some values inherent in the royal institution. For one, they have agreed to uphold the values of the Queen (essentially refraining from any commercial deals that are likely to compromise the Queen’s brand or Buckingham Palace).

By being allowed to keep their charitable links, they are also in a position to exude their own personal values. Meghan has been an advocate of rescue dog adoption and has committed to issues of female empowerment, and is likely to continue to support such causes on both sides of the pond. Harry is also focusing on several causes, including mental health awareness projects such as his upcoming Apple TV series with Oprah Winfrey. There’s also his involvement with HIV/AIDS initiatives (particularly in Africa), a legacy to his late mother Diana, Princess of Wales. They will likely be expanding their charity portfolio, and it will be important for them to repeatedly broadcast their initiatives, stepping up media exposure around social responsibility to strengthen their brands. 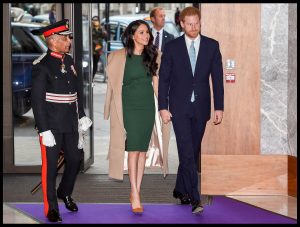 Harry and Meghan Attend Wellchild Awards.The event is held to praise the courage of seriously ill children and their families, and thank those who care for and support them. Photo: Pete Maclaine

Reevaluate your target audience…and your relationship with them

This step involves taking a look at the receiving end of your message, in particular those individuals who matter the most for your brand — your target audience.

Do you need to completely shift your target audience? If the answer is yes, take some time to define your new target audience, those individuals who will become instrumental in helping you to reach your new goals. Think about your new ideal clients, colleagues, managers or members of the appropriate group or industry.

If the answer is no, who can you bring with you on this journey?  Identify the subset (if not the entirety) of the target audience that you’d like to maintain during this transition.  The previously mentioned steps (clear messaging, apologizing when needed, maintaining and exuding your core attributes) will certainly help here.

The Sussexes may be able to retain their own joint trademark brand, Sussex Royal, as a vehicle to cultivate their relationship with their existing fans, however this remains unclear. There will be other challenges for Harry, whose brand not only has a strong association with Buckingham Palace but also the UK military. Given he is now restricted from being involved with the military in the UK, he will need to find another way to maintain this important part of his brand and its target audience.

If your “step back” was a sudden one and few of these proactive steps were achieved, it’s never too late, particularly in terms of messaging.

While the Sussexes may not have given us that initial clear and consistent messaging around their decision, it still has the potential to be a good branding move if they can communicate effectively. This will need to be done carefully and respectfully. If they do decide to come forward and “tell their story”, the type of format in which they do so can of course make or break their brands.  Do they want to put a light spin on it? If so, then perhaps a talk show format like Ellen might be the best fit. If they want their brands to move in a more serious direction, then a format like 20/20 might be more appropriate.

Only time will tell how Meghan and Harry decide to redefine and position their brands, but one thing is for sure, the world will be watching. 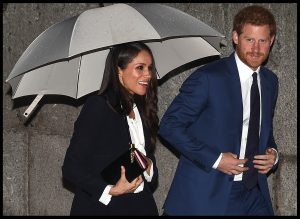 2 thoughts on “Stepping back instead of stepping up: When brands do the unexpected”