Celebs who “step it up”: My top socially responsible brands

In lieu of a “Brand of the Month”, I thought I’d mix things up a bit and give a big nod to some of my all time favourite socially responsible personal brands.

Celebrities have known the power of stepping up and giving back for years. By adding a socially responsible dimension to their name, these celebs are certainly strengthening their personal brand, a win-win situation for all. It also works the other way, when already big personal brands put their weight behind causes, as we’ve recently seen with Oprah Winfrey and Prince Harry and their planned TV series on mental health.

But it’s not just celebrities who can benefit from socially responsible branding, it can work for anyone. By looking to celebs who step it up and give back, we can learn a lot about building a strong and conscious brand.

As there’s so much to say about these socially engaged celebs, here’s just a taster on each to spark some inspiration: 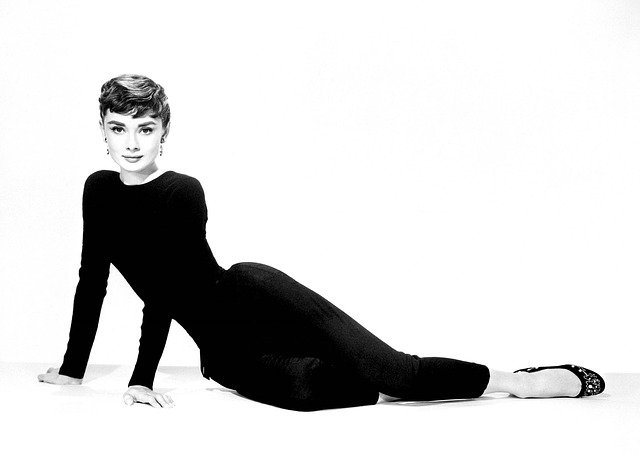 Leonardo DiCaprio
A long-time environmental activist, DiCaprio  is a stellar example of someone who follows their passion and takes action. From his Leonardo DiCaprio Foundation to his “Before the Flood” documentary with National Geographic, he has used his Hollywood fame to address some of the most pressing environmental issues of our time. He has even personally presented on climate change to President Trump and his administration and further spoke out against Trump’s decision to withdraw the United States from the Paris climate accord. Check out my post on DiCaprio here.

Oprah Winfrey and Prince Harry
In a huge co-branding move, Prince Harry recently announced via Instagram his plans to co-create and co-produce a landmark TV series about mental health with Oprah Winfrey. The documentary series will be screened worldwide in 2020 on the Apple TV+ online platform. The mission of the series is to help end stigma over mental illness and “empower those who silently suffer” with mental health conditions to seek help.  You can read more about this co-brand here. 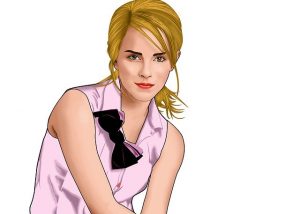 Emma Watson
The same year she graduated from University, Harry Potter actress Emma Watson was appointed a UN Women Goodwill Ambassador, perhaps her most impressive role to date. She quickly became a strong voice for women’s rights and equality. In 2015, Watson launched the HeForShe campaign by giving a much-lauded speech that called for men to stand up for gender equality.  My blog on Watson can be found here.

Elizabeth Taylor
Elizabeth Taylor spoke out about AIDS in the early 1980s, at a time when there was still a lot of fear and stigma attached, and her outspokenness rocked a fair few boats. She was a founding member of the America Foundation for AIDS research (amfAR), co-branding with AIDS researcher Dr Matilde Krim, and went on to create the Elizabeth Taylor AIDS Foundation. The force of her brand (and co-brand) helped to raise awareness at the time.

Stephen Fry
English actor and writer Stephen Fry is also cherished as the respected figurehead of non-profits such as Mind and The Terence Higgins Trust. He is known for personally mingling at charity events, rather than merely gracing the programme with his name. He is an advocate of LGBT rights. He also actively challenges mental health stigma by openly talking about his mental health, and has presented several documentaries, including Stephen Fry: The Secret Life of the Manic Depressive. Read more about Fry in my post.

Our “Queen of Punk”, Vivienne Westwood, is a long time campaigner for environmental causes, having previously protested against fracking in the Arctic, as well as driving a tank to David Cameron’s  home in Oxfordshire in a protest against fracking in the UK. She showcases her values on the catwalk, using her shows as a platform for her cultural and environmental activism. She has even joined forces with the UN on environmental and ethical trade projects. Check out my post on Westwood here.

Glenn Close
Close has been an active supporter for animal charities and causes such as gay marriage, women’s rights, and mental health. She co-founded Bring Change 2 Mind, a national campaign that aims to combat the stigma and provide support around mental illness.  In 2013 Close also paid a visit to the White House to urge passage of the Excellence in Mental-Health Act, to help strengthen the mental health-care system in the US, which was signed into law by President Obama the following year.  Read more about Close here.

Angelina Jolie
Jolie is well known as a UN Ambassador and meets with refugees and victims of national disasters worldwide. In 2006 she founded the Maddox Jolie-Pitt Foundation with Brad Pitt, which is dedicated to alleviating extreme rural poverty and protecting the environment and wildlife in Cambodia. Her foundation also supports humanitarian causes globally, including Doctors Without Borders and Global Action for Children.

George Clooney
Another UN Ambassador, Clooney is known for his work in the Darfur region of the Sudan. He co-founded Not on Our Watch with Don Cheadle, Matt Damon and Brad Pitt to stop genocide in the region. He was even arrested in 2012 while taking part in a peaceful protest in the Sudanese embassy. He also co-founded The Clooney Foundation for Justice, campaigning for accountability for human rights abuses, with his wife Amal.

Audrey Hepburn
One of the most iconic examples of a socially responsible personal brand has to be actress turned UN Ambassador Audrey Hepburn. Well-known for her love of and work with children, Hepburn is famous for saying “I speak for those children who cannot speak for themselves, children who have absolutely nothing but their courage and their smiles, their wits and their dreams.” In addition to the Andrey Hepburn Children’s Fund, she left us with a legacy of using your personal brand to do good.

Do you have a socially responsible brand in mind that you’d like to see mentioned? Please share in the comments below…