Adding a Hint of Edginess to Your Brand

When it comes to personal branding, one way to catch people’s attention is to add a hint of an “edge”, or a dash of controversy. You can do this by the way you look of course, as many people do with piercings, hairstyles or the way you dress. Another approach is to play around with the language you use perhaps a term when it’s least expected. I’ve been particularly intrigued by some people who have brought it into their work, adding a touch of edginess to their business, their events, and even their Masters dissertation. 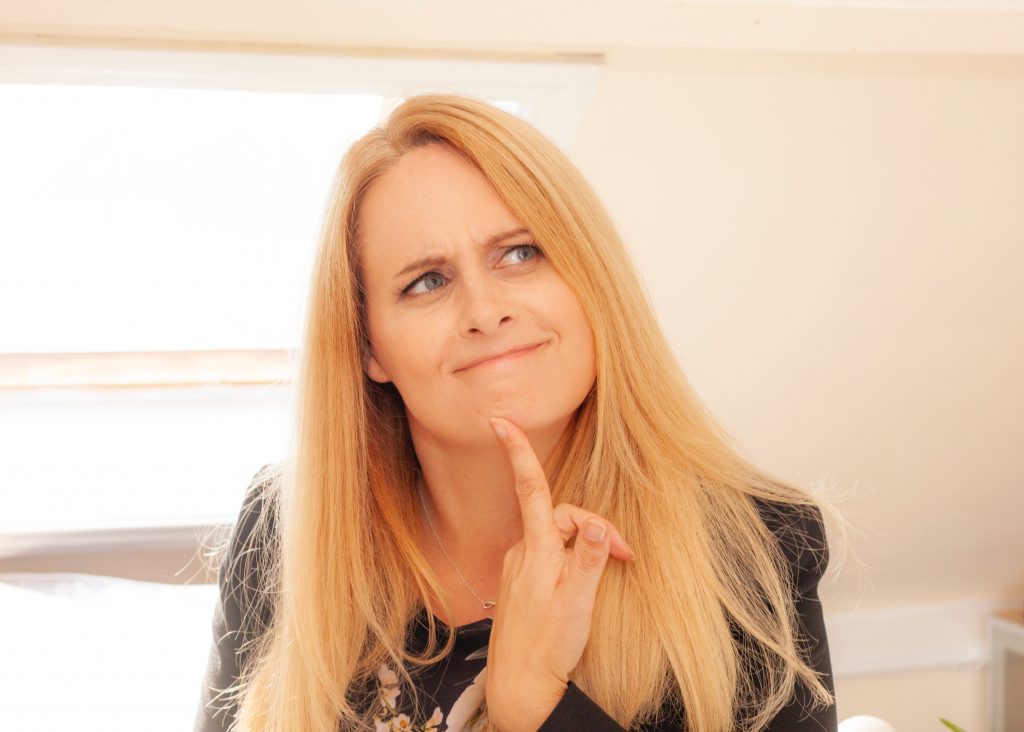 Michelle Minnikin of Insights Psychologyis a business psychologist: a group of people you would imagine have to be seen as being extremely professional and even traditional. Michelle, along with a colleague, has built up a strong following for her Newcastle based events which they have titled Don’t Be A Dick.

Michelle explains: “We basically share the common truth that HR and recruitment isn’t that complicated. Are you treating this person fairly? Are you listening to X? No, then you’re being a dick. Stop being a dick. It all started when people kept saying you should meet Rob Baker, founder of Tailored Thinking, you’d get on like a house on fire. Finally, when we did get together at Newcastle Start up Week, we were challenged to come up with a proactive new brand and Don’t Be A Dick was a result of that.  In start-up culture swear words aren’t that uncommon, after all people are putting two fingers up to corporate life in most cases, but it can be surprising for those who don’t come from that background.

The name has a multitude of uses. As well as catching the eye, it also acts as a filter, sifting out those fussy stuffy clients who wouldn’t want to work me with anyway. I can be quite sweary and loud. I’m chatty and informal, certainly not corporate. I wear my heart on my sleeve and I’m not afraid to get excited, be messy, be vulnerable. I’ve worked in construction and engineering and can banter with the best of them.  You get a flavour of me. The real me.

In marketing the only problem anyone has is obscurity and the more controversial and shocking you are, the more chance you have of being noticed. I’m increasingly becoming more comfortable with the fact that you can’t please everyone all the time, and so more comfortable being me. There is a caveat to this though – this is the authentic Michelle. I think if you’re being edgy and it’s not authentic, not really you, then not only will you come across an inauthentic but you just won’t feel comfortable yourself.” 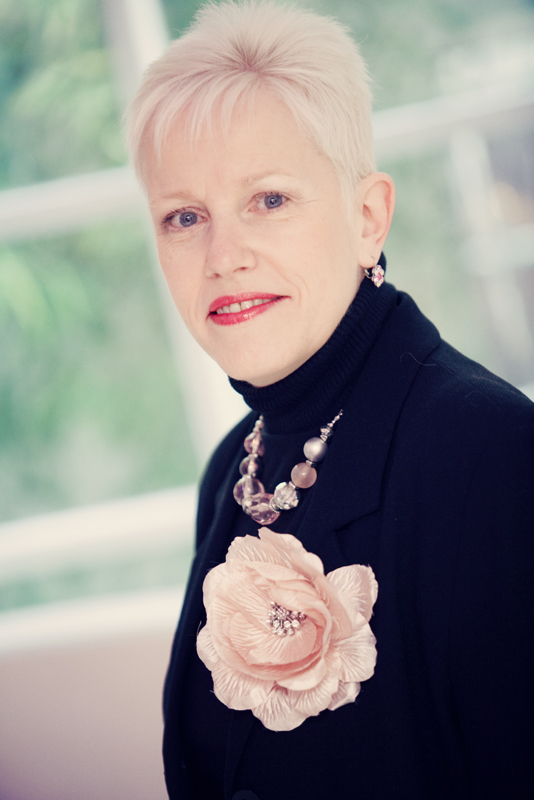 Annie Brooks is the co-founder of women’s business club Sister Snog.  Annie and her business partner Hela Wozniak-Kay first used “Snog” for their branding consultancy “Snog the Agency” and Sister Snog was the natural choice when they started their business club for women.

She admits that the reactions they’ve had have been mixed: “Some women love it. They’re on our wavelength and we know they’ve got us. Some people, ask if we are a gay club. My response is “the membership criteria are that you are a remarkable woman in business, who is a decision maker with an entrepreneurial spirit, we have no interest in our members’ sexual preferences!”  What it does do is wheedle out the women that aren’t right for us, saving us, and them, lots of time and energy.

I probably see it as more memorable than controversial and that was the aim behind the name. 20 years ago, when we first started, it stood out more. Today, it’s not so unusual. When we chose the name we wanted something that would be remembered and Snog ticked that box. It was cheeky without being vulgar. We also liked that it felt a bit retro. It also has that Virgin element to it, in that it can be used as the parent brand for other businesses. Indeed, you can see parallels with the Virgin name, as that was deemed outlandish when it first came out, now no one blinks an eye about it. It’s mainstream.

It does, however, help sum up our brand identity. We are distinctive. Remarkable. Unconventional and not at all like other women’s business clubs or networking clubs. We’ve loved creating a brand we can live by and we don’t deviate from it. We are big, big brand advocates and live it every day.” 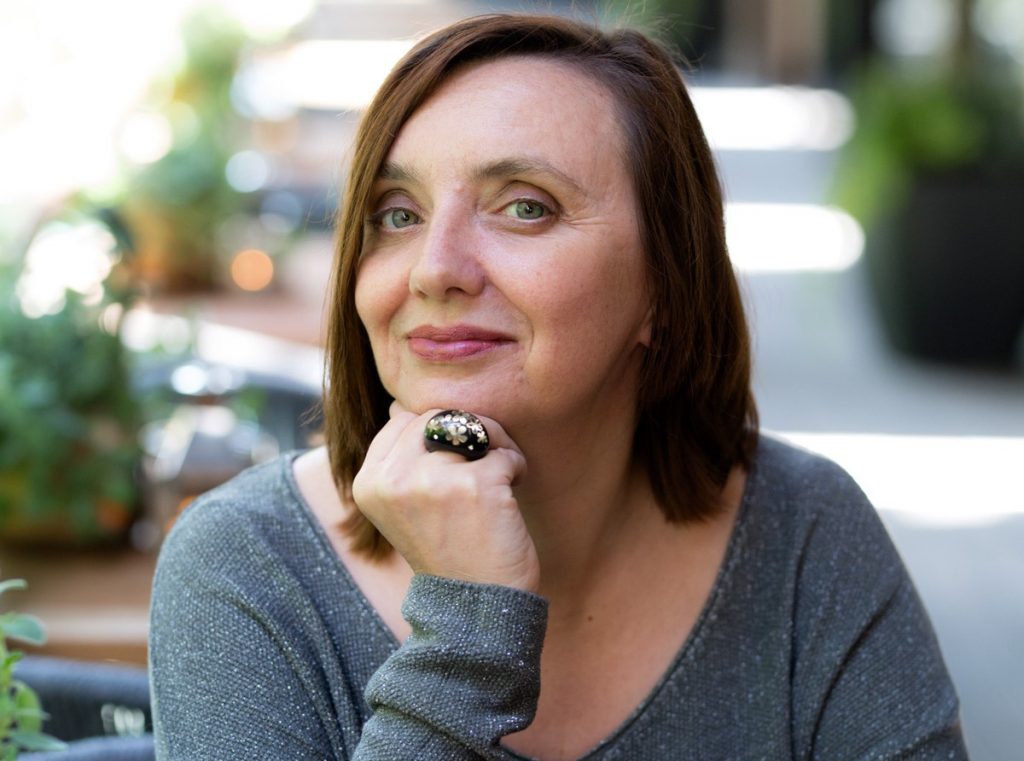 Paula Gardner is a business psychologist and coach and the founder of The Bitch Network, an online platform and club coaching women around confidence, self-esteem and assertiveness.

“I had been running women’s events for over a year but changed venue to a private club and needed a name for the evening that was a little more edgy and controversial to fit in with the club’s brand. I chose The Bitch Night. The response was amazing; three times the usual amount of guests. There wasn’t enough room for people to sit and we even had men join us, which was a first.

After that evening, people started asking me to do more along similar lines, and it was on a business retreat with psychologists, which included Michelle Minnikin of Don’t be A Dick fame, that the idea for The Bitch Network was born. I remember Michelle getting quite nervous that I hadn’t registered the domain!

Reactions have been interesting. It certainly provokes conversations! There have been a few people who have said that it wasn’t for them but so many women actually get it and love it.  As part of branding is making sure that it’s followed through I’ve made sure I’ve been doing that with little touches like naming our coaches Bitch coachesand have online Bitchin’ sessions.”

Tracy is the founder of IT software trainers Maximity.co.uk which has been running for 18 years. Their unofficial strap line is that they “take the SH out of IT.”

“We don’t put it on the website,” says Tracy, “but it comes out in out networking and our workshops. It’s how people know us. We like it because it echoes out training: there is a lot of laughter and we make an effort to get people to relax. Software training with us is not dry. People are sometimes afraid of technology, especially the higher up the ladder you go, and we find an informal and fun approach from the very beginning puts them at ease and helps them learn better.

I was a bit nervous about using it originally, but my marketing people said go for it. We don’t put it on everything so this allows us to gauge our audience and use it when we see fit. However, it’s made a big difference to our business, helping sum up our unique proposition. We think outside the box. It’s a little rude, yes, but it’s not offensive and that’s important.

We deliberately chose trainers that live up to our message. They’re charismatic, with a knowledge of business as well as the software. Above all, they suit the brand.” 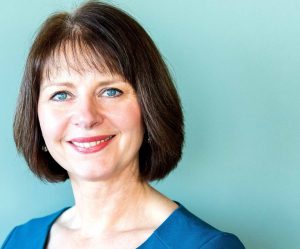 It’s not only businesses that can benefit from a little edginess, Rachel Daniel, a masters’ student, entitled her dissertation “A gift of shit: A study on professional burnout from a Lacanian perspective”, looking at burn out in three professions: plumbers, midwives and therapists.

“I chose to be a bit edgy because I thought it would help me stand out and help me to achieve a better grade. Having said that, I was lucky enough to come across the quote…gift of shit etc. by the person I was basing the dissertation on – and this was literally a gift to me!

My mother was mortified and shocked by the title, my peers thought it was funny, and my tutor thought it was brilliant. I love talking about it to people as I feel it shows my playful side in work and life. I ensured my work lived up to the title by weaving this into the work as a main theme and using the three respondent groups in my research as holding the theme is some shape or form. So the plumbers deal with shit as an integral part of their work, midwives can often do so too, and counsellors deal with metaphorical shit also.”

Thanks ladies for sharing your inspirational and edgy stories! Anyone else up for adding a little spice into their brands in 2019?